Juliette Has A Gun: GENTLEWOMAN Perfume from Romano Ricci

There is a new scent in town...Juliette Has A Gun’s newest scented episode “Gentlewoman” by French perfumer Romano Ricci.

Romano is the great grandson of the iconic fashion designer Nina Ricci. In 2006, Romano wanted to offer a new way to look at perfumery. A universe, lost between romance and desire of independence. Juliette is armed because she affirms her personality.

Juliette stands for the romantic heroine of Shakespeare; the ’gun’ is her weapon of seduction… her perfume of course. 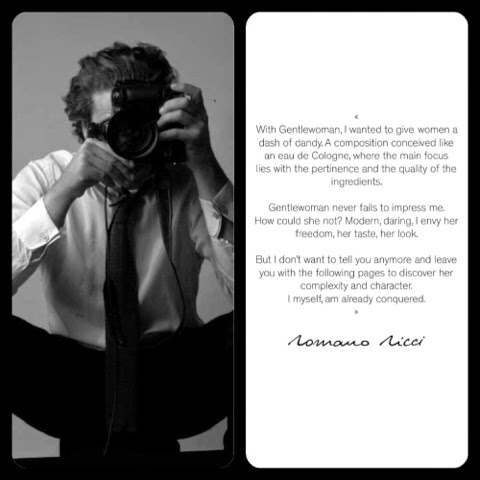 For Gentlewoman, Romano was inspired by the “neo-dandy”.

"She is the spiritual heir of Oscar Wilde, she plays with the accoutrements of masculine style. She oscillates between frivolity and arrogance or the art of pleasing by being displeasing. Just like the Gentlewoman, this eau de cologne with its feminine edge is stamped with a specific genre. A masculine fragrance dedicated to women. The note revolves around the Neroli Essence, the Orange Blossom Absolute, and a Musky woody base, while the Almond Essence remains sufficiently dressed up to be worn with elegance".
For the ad campaign, Romano worked with photographer Sonia Sieff, whose father, Jeanloup Sieff famously photographed Yves Saint Laurent’s nude portrait, the French couturier that reinvented women’s fashion with Le Smoking tuxedo suit in 1966. 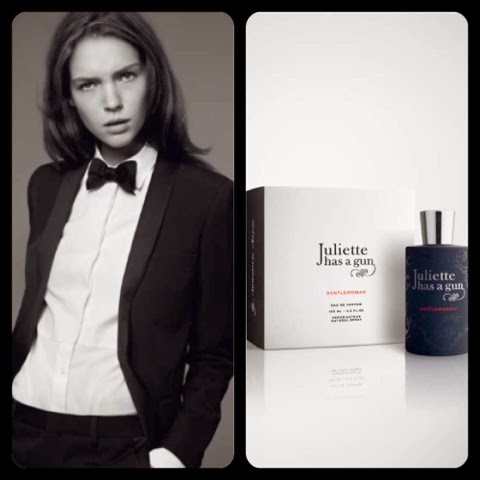 Gentlewoman launches in the US at select stockists, specialty stores, online and boutiques late April 2015.
100ml/ $145
Posted by Nicole Gordon Levine at 6:33 AM