Blazon, you have my attention and I love your line of fashionable and functional hair brushes! These are the type of brushes you want to put on display rather than throwing them under the sink. They are packaged beautifully well and their unique look allows them to stand out from the other brushes you may already own. I applaud the company for producing such a creative product. 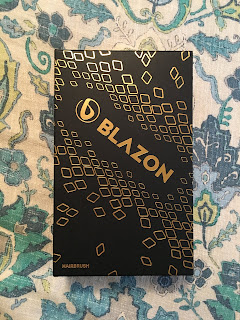 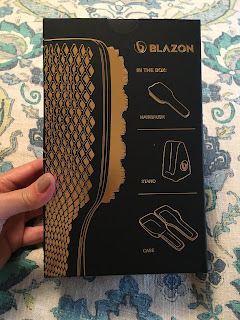 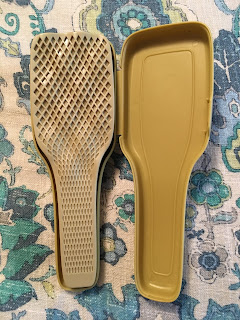 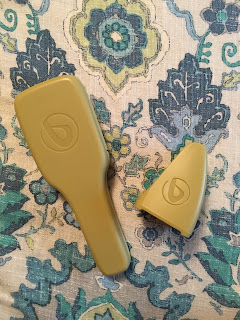 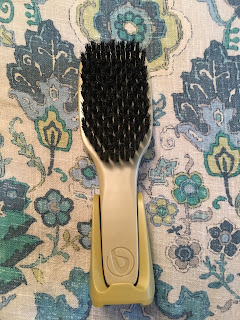 Blazon’s debut hairbrush collection will make you want to showcase your hairbrush for everyone to see- on your vanity, in your back pocket, on your desk, the possibilities are endless.

With care and aesthetic at the forefront of each design, the Blazon hairbrush comes with a matching traveling case and stand. Each collection is limited edition with Blazon offerings being introduced every 3-4 months.

The entire kit (brush, stand and case) retails for $60 however there is an option to purchase just the hairbrush for $40.

Blazon is bridging the gap between functional, stylish accessories and street culture.
Posted by Nicole Gordon Levine at 3:06 PM No comments:

Carpe, a skincare startup dedicated to offering over-the-counter relief for excessive sweating, recently launched a new underarm antiperspirant. I was eager to sample this as the company told me it was both vegan and against animal testing. I tend to sweat a lot in the more hot and humid months but now it has been to an extreme due to peri-menopause (thank you)! I also tend to wear a lot of black so white spots on my clothing brings me back to my teenage years where this used to embarrass me. Who wants those strange, always uneven white lines of deodorant on their clothing? Not me!


The new product is targeted at consumers who need additional sweat protection not offered by existing brands, including the roughly 15 million Americans who suffer from hyperhidrosis - a chronic skin condition marked by excessive sweating. Although symptoms can present in men and women of all ages, excessive sweating is particularly common among teens. According to the American Academy of Dermatology's 2017 annual meeting, approximately 17% of teens experience clinically excessive sweating.
"As someone who knows what it's like to struggle with excessive sweating, I am thrilled that we are bringing an affordable, effective, and non-irritating antiperspirant to market that is made for people like me," said David Spratte, Carpe's CEO and co-founder. Spratte and his co-founder, Carpe COO Kasper Kubica, both suffer from hyperhidrosis symptoms that began when they were teenagers.
Kubica added, "Our market research showed that 65% of people are likely to try a new antiperspirant - because they just aren't satisfied with what's out there today. We know how difficult it can be for some people to find an effective antiperspirant, so we decided to create a product that aimed for maximum efficacy."
The antiperspirant, which is scented with natural eucalyptus oil, is applied via a soft-foam applicator housed in a plastic casing that resembles a traditional underarm antiperspirant. For best results, it should be applied twice daily - once in the morning and once before bed.
Carpe underarm antiperspirant is currently available for purchase at CarpeLotion.com and Amazon.com for $19.95. Customers who purchase two or more items from CarpeLotion.com will receive a 50% discount on their first underarm product for the first month that it's available.
About Carpe
Carpe is an antiperspirant company dedicated to offering relief from excessive sweating, especially in patients with hyperhidrosis. The company also produces antiperspirant hand and foot lotions, which are enjoyed by both hyperhidrosis patients and performance athletes. Carpe's proven formula, which was specifically designed for maximum efficacy with no irritation, is gentle enough for prolonged daily use, and strong enough to help manage the symptoms of hyperhidrosis. Learn more at CarpeLotion.com.
Posted by Nicole Gordon Levine at 6:08 AM No comments: