Get The Look: Nails by TracyLee for Olivia Munn

The stars shined last night at fashion’s biggest annual event, The Met Ball, where Olivia Munn walked the red carpet with one-of-a-kind nails by celebrity manicure artist and Sally Hansen Nail Ambassador, Tracylee. This year’s Chinese-themed Met Gala honors China's heritage and its present culture on the red carpet, so attendees like Olivia, showed off chic interpretations of the theme down to their fingertips.

So often we forget to talk about the theme and it's creativity as each attendee embraces it within their own individual way. No two people interpret the theme in the same manner causing it to be a visual excitement for the eyes!

Industry leader and Sally Hansen Ambassador Tracylee created a custom look to complement the fashion insider’s high glamour ensemble. “I love the element of theatricality the Gala calls for,” explains Tracylee. “It gives me an opportunity to create statement nails that bring Chinese aesthetics to the next level.”

To create the look seen at the Met Ball, Tracylee used Sally Hansen’s award winning Complete Salon Manicure in Red My Lips with a fade to black using Hard As Nails Xtreme Wear in Black Out. She completed the look with Big Matte Top Coat.

Nail expert Tracylee boasts more than 15 years of experience as an educator and trendsetter in the industry. Known for her editorial style, innovative approach, and creative nail art talent, Tracylee is the most sought-after manicurist for A-listers and premier media. 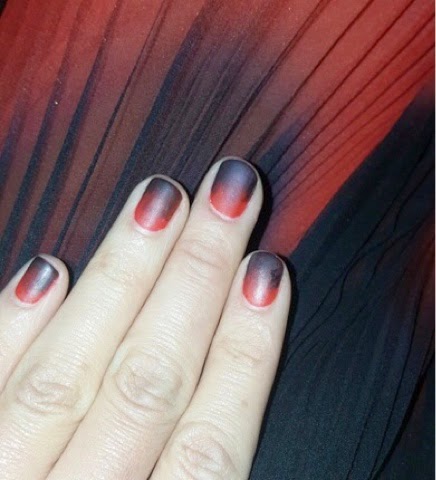 Posted by Nicole Gordon Levine at 11:20 AM